THERESE AND FRED SEWARD ARE REGISTERED SPIRITUAL HEALERS
They hold certificates and diplomas in counselling and hypnotherapy. Therese is a qualified therapist in Past Life Regression and deep memory process. She trained with Dr. Roger Woolger – author of ‘Other Lives – Other Selves’ and is also a BrandonBays journey graduate.

Therese and Fred are married with 2 adult children and 4 grandchildren. Having received traditional religious upbringings, opportunities came their way when they were guided onto other pathways, broadening their spiritual outlook. They have been involved with healing and spiritual / self development for over 30 years. This has enabled them to receive many wonderful experiences and opportunities which they wish to share with others. Indeed they have been told they have incarnated at this time to help others through healing and teaching.

The earth is a great teacher says Therese and Fred and learning never stops. The joy which comes with spiritual knowledge, by connecting your essence to the source of creation and helping others through the act of healing helps you deal with life’s lessons giving you purpose, fulfillment and most of all Soul Growth. This raises your vibration and those of others whom you help heal. Ultimately this lifts the vibration of our planet, which it needs so much.

Therese was named after Saint Therese of Lisieux due to her family believing they had witnessed two miracles through prayers offered to Saint Therese, one involving Therese’s own birth. Therese was first introduced to healing at the age of seventeen when she was told that she was a ‘natural’ healer.

A year later this was confirmed by a gifted medium who also described in detail her future husband, where they would live and how many children they would have. As every detail proved correct, Therese’s thirst for spiritual knowledge and wisdom led her to begin her spiritual search, which culminated in over 30 years of spiritual and self development. Twelve years ago she was ‘called’ through various messages and visions, to begin her own healing and teaching mission.

The first vision Therese received was a beautiful image of Mary the mother of Jesus. Mary appeared to Therese as if standing above the world, with her hands outstretched from which light poured down upon the earth. Mary’s spoke saying she wanted people to know she was helping the world. Three weeks later Therese heard Mary’s voice again this time asking Therese to send out thoughts for Sarajevo. A few days later war broke out in this area ~ Loving thoughts are of course healing.

A few weeks later Therese received another vision. One morning upon waking she saw a man facing her wearing an army officer’s hat, he had a moustache and his arm was outstretched with his forefinger pointing towards her. The words he spoke were “We need you”. Although this person had died many years ago, Therese remembered seeing him in an old newsreel where he was portrayed on bill boards in a similar way during the war. The caption then was “Your country needs you”. His name was Lord Kitchner! During this time Therese received other messages and experienced a life changing situation which prompted her to give up her ‘normal’ job and begin her spiritual work. Both she and Fred were told they should begin this work in earnest as this was what they had promised to do before incarnating.

Fred had his own amazing learning journey. Being a complete sceptic about healing or other such spiritual matters he needed an exceptional experience to inspire him to begin his own spiritual quest. This came about in a guided way where he met an outstanding medium, by chance some would say, but we and others know better! On the way to meet the medium residing near London, there was a continual noise like something rubbing inside one of the wheels of the car. The first thing Fred was asked by the medium was whether he had found out what was causing that noise!

He was also given amazing evidence from his mother who had died three years previously confirming that our consciousness and personality does survive in an identical body once we leave the physical world. Having digested the experience, there was no way back but to continue searching and seeking spiritual knowledge and he and Therese continued their spiritual pathway together. At about the same time Therese had her ‘wake-up’ call to begin her life’s purpose, Fred also received the same.

Fred had been employed most of his life in the property market and had been working for ten years valuing businesses. One day he called upon the proprietor of a restaurant who was selling his business due to severe arthritis in the fingers of both hands which were completely bent. Fred plucked up courage and asked the gentleman if he could hold his hands. Fred held them for several minutes then asked the proprietor to see if he could open his hands and to both Fred and the proprietor’s amazement he did.

There was of course no need for the business to be sold! Other healings followed which coincided with Fred having to take redundancy, this led the way to fulfilling his life’s purpose of healing and teaching others to fulfill their own spiritual destiny which he and Therese now do together. 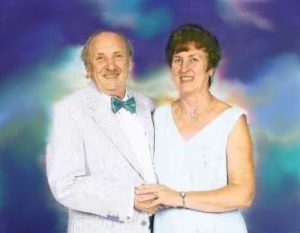 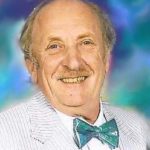